The "2-for-1" and "end-of-quarter" shot timing strategies are fairly basic and it would be surprising if NBA teams weren't actively performing these strategies. In my last post I suggested that there might be an opportunity for additional strategies beyond the "2-for-1" range. This post will take an initial stab at seeing what variations of possession timing strategies are being used across the NBA. It will be a basic recap from the paper which took a deep look at possession length and behavior differences throughout the course of a game.

A possession length distribution provides the probability of ending a possession in 0, 1, …, 24 seconds for a particular possession start time1

The chart below shows possession length distributions for a handful of notable possession start times: 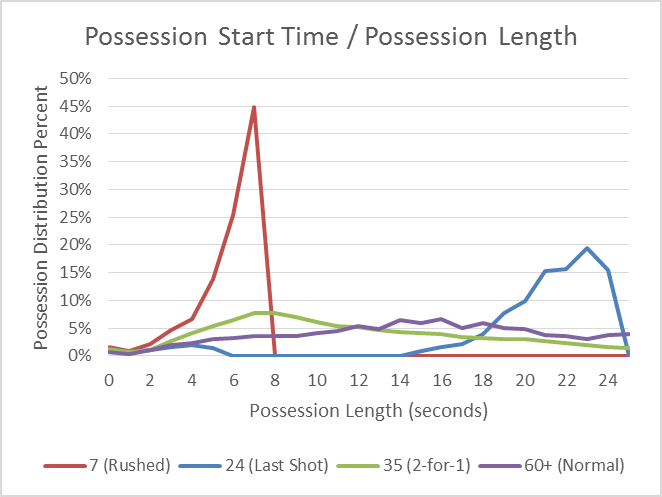 For this study, "normal behavior" is defined as all times, other than the whole fourth quarter, overtime, or the final two minutes of each quarter.

Here is a chart showing how correlation compares with "normal" across all possession start times in a game2: 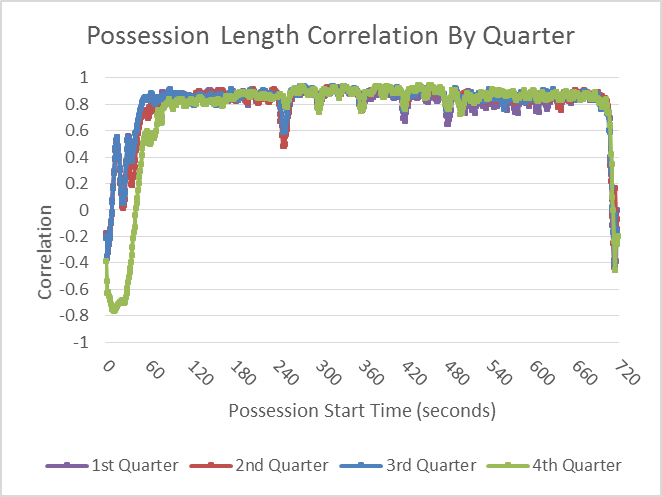 Since this series is mostly focusing on end of quarter possession timing strategies, we are going to zoom in on the last two minutes. 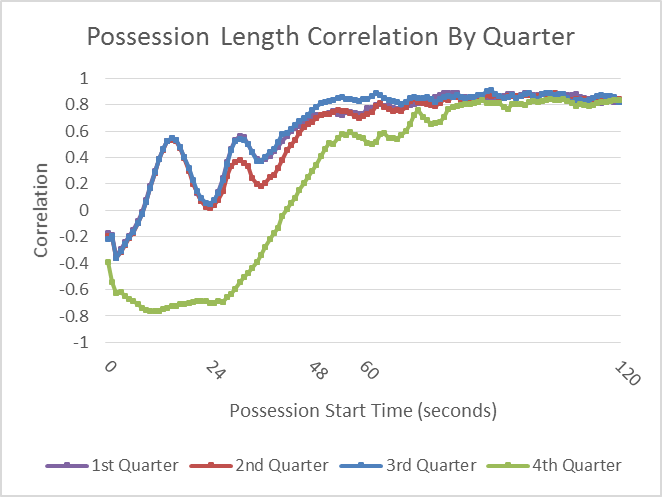 It looks as though the first 3 quarters follow consistent trends with each other whereas the 4th quarter diverges a bit. This has been touched on in previous posts (likely caused by fouling, running out the clock, etc). For this research we are going to ignore the 4th quarter and all of the extra complexities which come with it. Here is a graph of the first three quarters combined: 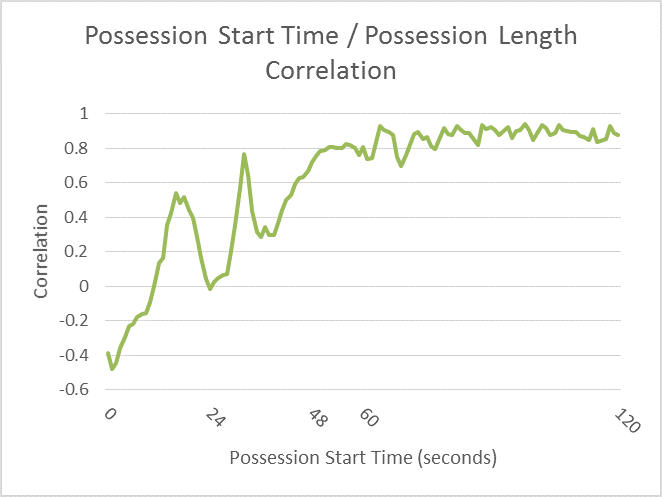 The final minute is really when teams start to change behavior. The changes appear to start before the "2-for-1" time frame. Does this mean intentional timing strategies are being used beyond the basic "2-for-1"? Well…it is hard to say definitively without diving a little deeper. In our next post we will hope to better understand this by looking at what the actual changes in behavior are.