When should a team shoot to maximize points?

In our last post we saw how possession ending time can play a significant role in how many future possessions a team will achieve. One thing we didn't address is that not all possessions are equal. For example, would you say the following two possessions are of equal value? 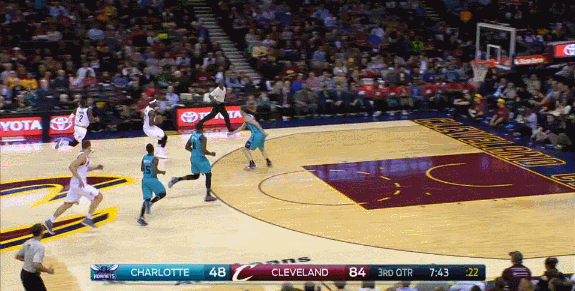 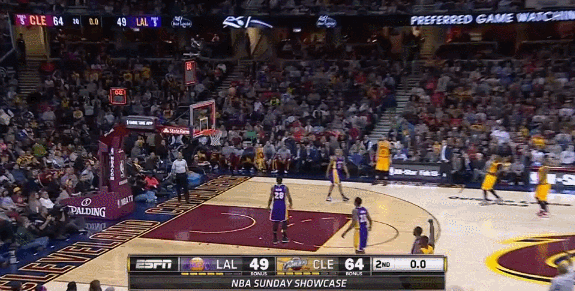 Although both possessions took roughly 3 seconds to get a three-point shot by LeBron I doubt anyone would say these are actually equal in value.

Below you can see how PAP changes over the last 2 minutes of the quarter2. The lower the value, the worse probability of outscoring their opponent through the remainder of the quarter for a given possession end time. 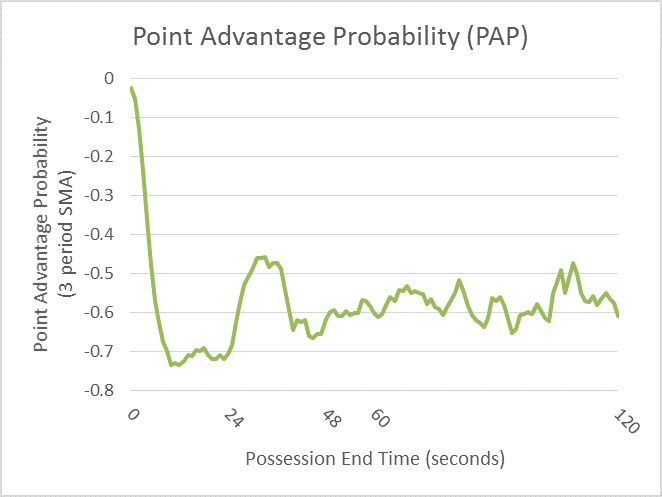 In roughly the last 40 seconds there are 3 general themes which I will highlight:

Now lets see how this compares to the question from our last post: "When should a team shoot to maximize possessions?" 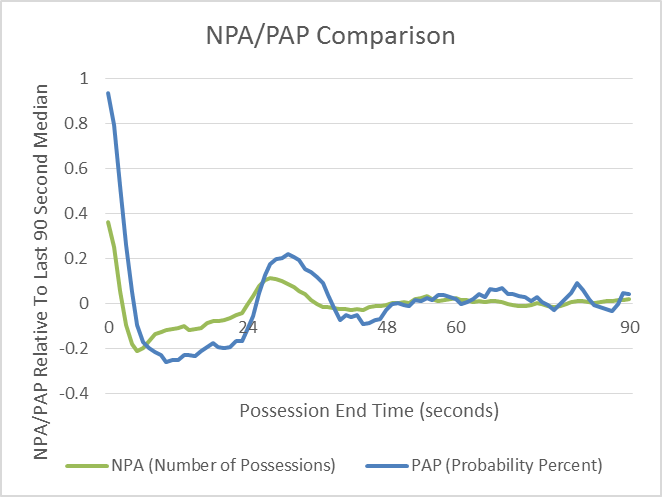 The key differences between the two are:

PAP will show the probability of having a point advantage. However if we want to discuss the value of possession timing we need to quantify in terms of points. To do so the paper introduced a metric very similar to PAP called Net Point Differential(NPD)6:

We can see that NPD shows very similar results to NPA (but with actual point values!): 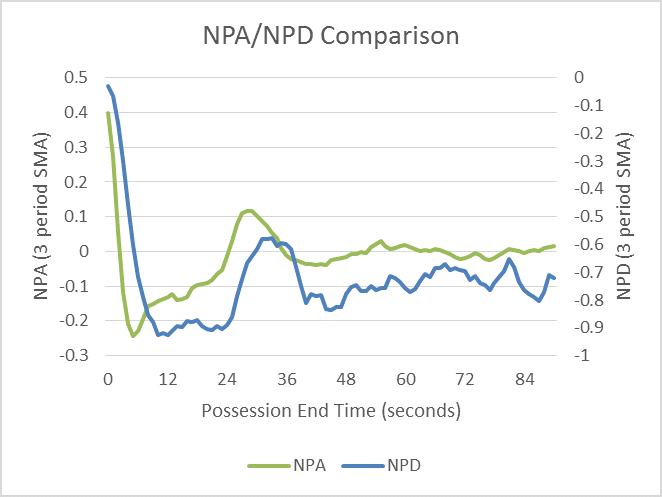 The key takeaway from this post is: an extra possession doesn't directly translate to points and there are other variables to consider. If you think of a "2-for-1" as ALWAYS DESIRABLE regardless of context then you might be incorrectly modeling your strategy. When maximizing for the wrong variable it doesn't matter how optimal you are, you are setting yourself up for failure. From here on out when we are talk about possession timing strategy, we will be discussing in terms of point value and not number of possessions.